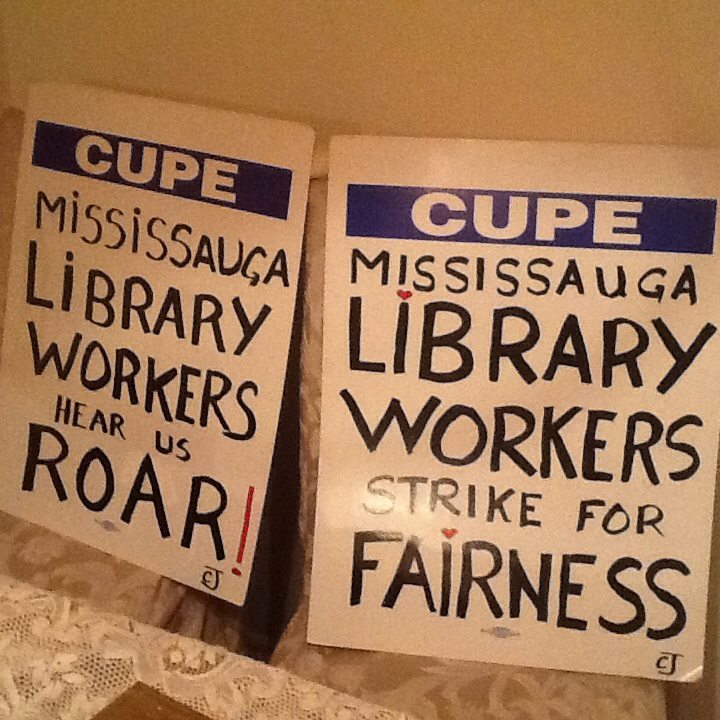 We’ve stopped picketing and demonstrating, and are waiting for our ratification meeting and vote tomorrow night, Monday, July 25.

As local president, my life has been consumed by bargaining and the strike for so long, it feels a bit surreal. Is it really over? That may take a while to sink in! I’m sure others feel this way, too.

Thank yous to the bargaining team from our members continue to pour in, along with congratulations from other union sisters and brothers. Donations continue to arrive from other locals, retired members, and even customers. Those are very welcome, as we begin to pay our bills and rebuild our funds.

The details of our new contract can’t be made public until we ratify. But I can say this: we regard it as a very significant win.

For our leadership teams, this is gratifying beyond measure. We have spent the last two years rebuilding our union from the ground up, and this was the outcome.

The roots of our strike: rebuilding our union

The first step in rebuilding our union was strengthening our position at our monthly labour-management meetings — coming in more prepared, hitting harder, not being reluctant to file grievances. For more on this, see this article on RankandFile.ca, and its source, CharleyRichardson.org: “Kicking Ass for the Working Class”. It’s an honour and a privilege to try to walk in Charley Richardson’s huge footprints. Shoulders of giants, and all that.

The most important element of our labour-management strategy was preparation. This required a willingness to meet regularly, on our own time, to plan and strategize in advance of meetings with management.

The next step in rebuilding was our separation from a large, composite local structure that didn’t serve our needs, and returning to an independent local, as existed before the merger. This was an enormous undertaking, and required the time and commitment of many members. We held a series of informational meetings so members could make an informed decision — and 98% of our membership voted to separate. This process itself was an incredibly powerful tool for building member engagement.

Becoming an independent local again gave us decision-making power over grievances, including when to go to arbitration, and we adopted a new willingness to use these tools.

Union activists — including our rank-and-file executive, but certainly not only those — made building member engagement our number one priority. We did this in ways large and small; see this post on my personal website: 10 ways you can increase member engagement in your union.

Our new or renewed strength at labour-management, and our new willingness to grieve, worked hand-in-hand with member engagement. We reported the highlights of labour-management meetings to our membership, so they knew we were fighting for them.

The next factor was clear communication and lots of it. One of the problems with the composite local structure had been a lack of transparency. We vowed to keep members constantly informed, and to strive for total transparency. That is probably the single most important piece of this picture. How can members feel engaged if they don’t know what’s going on?

Our attitude towards member communications extended to bargaining. Past negotiating committees had been very quiet about negotiations until the very end. That is very common, and many union members believe it is actually required, and that keeping members informed constitutes bad-faith bargaining. Not so.

We adopted a different approach. While we didn’t share every roller-coaster twist and turn of the bargaining process — which would be completely counter-productive — we kept our membership in the loop throughout. I regularly emailed “Bargaining Bulletins” (thanks to Maureen O’Reilly for the name!) summarizing how the process was going, what we were fighting for, how the employer was reacting. We also gave updates about bargaining at our monthly general membership meetings.

And finally, the strike vote

This process went on for a long time, all of it working synergistically, building something larger than the sum of its parts.

When it was time to ask for a strike vote, our members were primed and ready. The bargaining team wasn’t swooping in out of nowhere, asking people to gamble, to make this sacrifice. By the time we received the employer’s (supposedly) best offer, and declared that we would not recommend ratification, our members came pouring into the auditorium ready to vote yes.

Here, I’d like to share something personal. The night before the strike vote, I experienced a dark night of doubt and fear. So many of our members said they were willing to strike… but what if that was just talk? When push came to shove, would they vote yes? I’ve just faced our employer across the table and said, “We are rejecting this offer. We are not recommending ratification.” What if our members didn’t back us up?? If that happened, we were done. Finished. Our power at the table would be completely negated. We had said as much to members many times — and members were saying it to each other, which was a great sign — but still. There was no way to be sure.

All that night and into the morning, my stomach was in knots. We were holding three vote meetings, to give our members (as we are shift workers) maximum opportunity to participate. As soon as the first meeting began, I saw our members’ faces — a huge turnout, the room crackling with energy, everyone smiling and excited — and I knew we had it.

And we did. We had the highest turnout of the last two years, and 96% of our membership voted to strike.

What did we gain?

I will write more about the gains we’ve made from striking — both very real, practical gains in our collective agreement, and myriad intangible gains as a union and as individuals — after we ratify. Stay tuned.