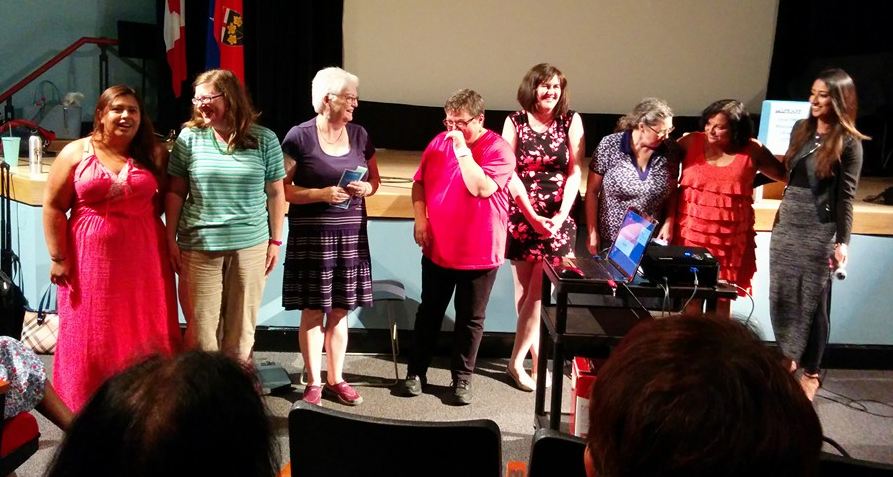 Our ratification vote meeting was an experience we will never forget. The line to sign in snaked all around the building; it took more than an hour for everyone to sign in. I believe it was the largest turnout we’ve ever had, for anything.

At the top of the meeting, the bargaining team stood in the front of the auditorium. Before we could say anything, our members burst out into applause, standing and clapping and cheering — for a long time. I was overwhelmed: the member who took this photo caught my tears. We applauded our members back, and we all stood clapping and cheering and shouting. I have no words to describe how I proud I was — of all of us.

While we walked our members through a presentation about the new contract, there was spontaneous cheering and applause throughout.

We went into bargaining with four principal goals:

We achieved every one of these goals.

We had one central strategy: we would not accept gains for one group at the expense of another. Pages, part-time, and full-time must all gain. We all know that employers try to divide us, to play groups against each other. Our union has fallen into that trap before. This time, we vowed that would not happen.

Employers are fond of talking about “the pie” — the size of the budget alloted to the bargaining unit, which is then divided throughout your contract.

The bargaining team vowed to reject this way of thinking. Our shorthand for this was: Reject the Pie. Here’s a meme that I used as my profile pic for a long time. 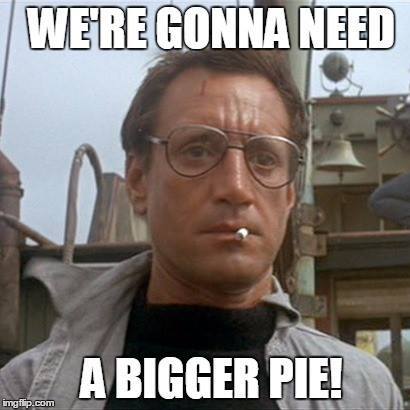 A few details about our goals and our contract

Naturally the Employer was after whatever it could get out of our contract. The list of potential concessions is so long, it’s practically our entire contract.

So many locals had been burned on recent contracts, that CUPE has adopted a national strategy: no-concession bargaining. I find it strange that such a thing even needs to be said. But from our earliest days of bargaining training, we agreed: no concessions.

We did give the Employer two things that they wanted that some of our members may see as a loss. However, in both instances, we were able to win additional language that made these points a benefit for both sides.

Our Pages are our largest classification — 28% of our membership — and they were earning only pennies over minimum wage. We went into bargaining insisting that they earn $15/hour, at once. And we were determined to do it without compromising anyone else’s deal.

The Employer did recognize the need to give the Pages a significant raise. With a new mayor crowing about poverty reduction, they knew they had no choice. But the Employer’s proposals for the Pages were all too little, took too long, and came at the expense of other members. Time after time we rejected their proposals for step increases, including their supposed best offer which brought the Pages to $14/hour in 2018.

I’m told 1989 is the first CUPE local to bring members from minimum wage to $15/hour in one leap.

We did not go nearly as far as we wanted on the part-time improvements. Their work life is still precarious and their contract still grossly inadequate. But had we accepted the Employer’s offer in late June, it would have degraded even further.

As a result of our strike, the Employer dropped its demands for the punitive language — language that we promised our part-timers we would never agree to.

And we did win two significant improvements that will have a very positive impact on the lives of our part-timers. I believe we will be able to go further for part-timers in our next round of bargaining.

The Employer moved off its (supposed) best offer, and agreed to our (reduced) wage increase proposal. We did not win as much as we deserve — nor as much as library managers and city executives get. But we did get more than the Employer’s best offer — and more than they said they could afford.

What we gave up

We told our members that we wouldn’t win everything, that no strike wins absolutely everything. The bargaining team struggled for a long time over where to give.

We looked at the possibilities from every angle, factoring in every variable. What would benefit the most members? What would hurt members the least? And now, of course, there was another factor. Did we want to ask our members to stay out even longer? Would another week or more of striking produce a better deal, or would there be diminishing returns? We had an opportunity to end our strike while members’ morale was still high. Would more sacrifice bring more gains, or only more hardship?

We discussed and debated for a long time. Eventually, we found consensus. We made what we feel is a relatively small sacrifice in other to achieve all these other goals.

And so much more

These are very practical, tangible gains that we made as a direct result of our strike. Yet it’s only part of the story. I will write more about the intangible gains — how the strike changed us, both collectively and individually. Stay tuned.