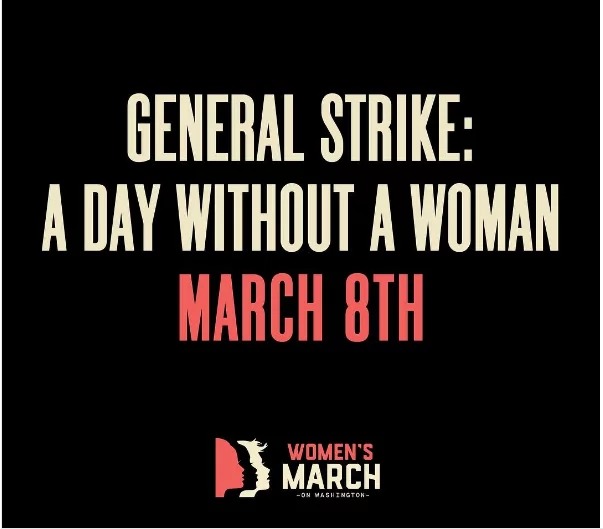 On March 8, 2017, women in more than 35 countries around the globe will participate in a women’s strike — a day without a woman.

Work traditionally done by women is often invisible, despite being the backbone of society. Women’s labour is usually undervalued and underpaid, beginning with raising children and keeping families safe, and including picking crops, cleaning, teaching, and taking care of the sick, disabled, and elderly.

These days, thanks to decades of struggle, women in many countries — including, of course, Canada — excel in all professions and in all fields. However, even in our “advanced” country, women still earn less than their male counterparts doing the same job: see, for example, Mind the gap: Work toward closing the gender wage gap (CUPE 2015). 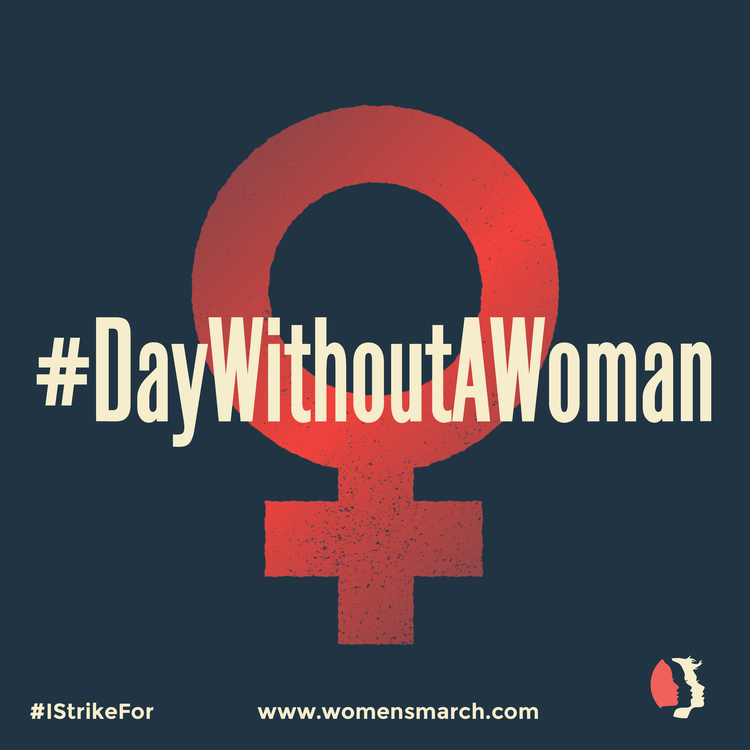 The Women’s Strike on March 8, 2017 seeks to highlight these facts. It also calls attention to sexism and misogyny that are pervasive in our society. The new administration in the United States is not the only problem — it is a symptom of a widespread and dangerous disease.

The ideal situation on March 8 would be “a day without women” — every woman in the world withholding her labour for one day. However, for many women, this is impossible — it would put their livelihoods or their families (or both) at risk.

Organizers are calling for women to participate in one or more of three ways:
1. Wear RED in solidarity
2. Strike from paid and unpaid work
3. Buy nothing, or buy only locally-made products

More reading on the Day Without A Woman: